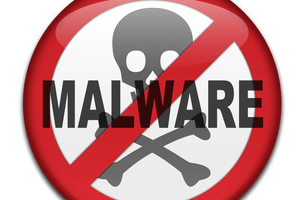 The National Crime Agency’s (NCA’s) National Cyber Crime Unit (NCCU) has issued a warning about a new mass e-mail malware campaign. The e-mails, which are specifically targeted at smaller firms and consumers, appear to be from financial institutions, but carry a malicious attachment that encrypts files on the infected computer and any local network it is attached to. A £500 ransom demand in bitcoins is then made to unlock the files. The NCCU is urging firms not to open any suspicious-looking attachments, regularly back up files to a location off the network and update antivirus software. Anyone whose device is infected by this malware should report it via ActionFraud.

Established in 2010, Evolutio Limited, is a central Scotland based e-business Consultancy and Training Company. We help your business maximise revenues, increase efficiency & competitiveness through the strategic use of IT.

We help you innovate, grow and evolve.


Connect with John Paterson on LinkedIn:

We use cookies to ensure that we give you the best experience on our website. If you continue to use this site we will assume that you are happy with it.OkNoRead more
Revoke Cookies